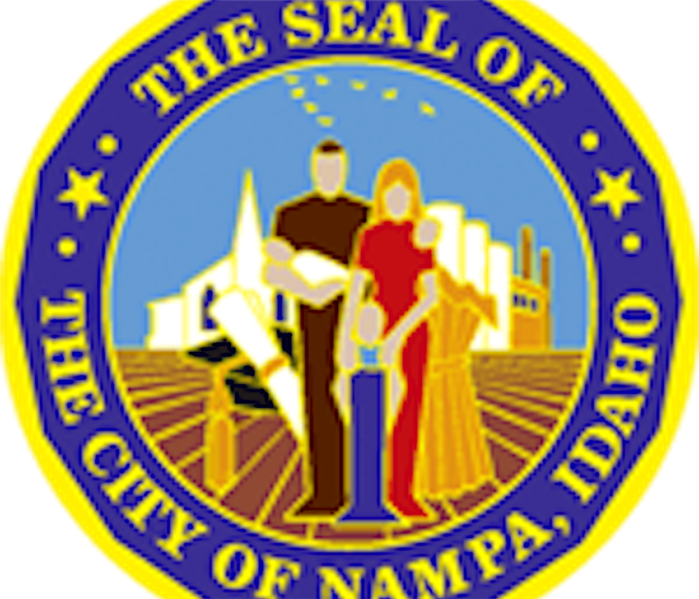 SERVPRO has a wide range of services when it comes to flooding. No job is to big or small for us.

Nampa is an impressive city known for its prosperous food processing, manufacturing, and agribusiness companies. It is situated on the western tip of the state of Idaho, about 20 miles from Boise. It lies along interstate 84 and is the third-most populous city in the state. It is also part of the Boise-Nampa metropolitan area, which is also known as Treasure Valley. The name was coined in 1959 by Pete Olesen, the president of the valley's chamber of commerce, signifying the treasure chest of opportunities and resources the region offers. It includes various areas, including Boise, Ada, Gem, Canyon, and Owyhee.

The city started around the early 1880s with the construction of the Oregon Short Line Railroad that runs from Granger, Wyoming, to Huntington, Oregon, passing through Nampa. Other Railroads also passed through Nampa, making it a crucial railroad town. The name Nampa is thought to have originated from a Shoshoni word meaning footprint or moccasin. Shoshoni is a Numic language from the Uto-Aztecan family mostly spoken in the Western United States.

The early settlers referred to their town as New Jerusalem since most of its residents had a strong religious focus. The town was also unique from others started in the same era because its roads ran at right angles to the train tracks, which run in the northwest to southeast direction. In other towns, historic roads were designed facing true North and South.

Many people visiting Nampa today might wonder why there is a park named Lakeview, even though there is no lake in sight. However, in the early days, there was a man-made lake that stored water drawn from Mason Creek for irrigation. Lake Ethel was also famous for recreation since residents used to fish, swim, boat, and ice-skate during winters. The lake was initially owned by O.F. Persons but was later bought by E.H. Dewey. However, Dewey had to drain it after occasional flooding led to a series of neighbors' lawsuits.

Apart from the flooding caused by artificial alterations to the landscape, natural flooding is typical in Idaho. The Boise Valley Great Flood of 1862 was the earliest recorded instance by settlers in Southern Idaho. It covered the entire valley forming a lake, miles wide and stretching from the Northern foothills to the Bench in the south. Such incidents were common annually. Today, most of North Nampa is classified as a floodplain.

Interesting Places to Visit in Nampa

Although the city is famous for work and business opportunities, it also provides an environment rich in widespread natural beauty, culture, and local history. Some of the sites worth visiting while in town include:

The unique museum located on Municipal Drive displays planes and various flying memorabilia collected from World War I to the jet era. The museum was set up in 1989 by John and Sue Paul as a tribute to veterans of the two world wars. Over time it has expanded its collections to include items from the Korean War, Cold War, Vietnam, Iraq, and Persian Gulf War. Apart from the items on display, the museum also organizes events such as airshows.

The expansive vineyard and estate started in 1987, provides a perfect opportunity to explore the laid back atmosphere of Treasure Valley. Visitors can taste grapes direct from the vines and the wine they produce. The facility offers general high-quality wines and limited-production club wines. There is a tasting room, and visitors can reserve indoor or outdoor space for events or when visiting as a group.

The facility, which features a one-story brick and sandstone building, was a train depot opened in 1903 and operated until 1927 when they converted it to an office for railroad employees. In 1972, it became the headquarters of the Canyon County Historical Society. A visit to the museum gives people a chance to explore local history since most of the exhibits are donations from local families. There are various train-related exhibits, and visitors can explore a restored caboose.

Property owners need to take decisive action after a flooding incident. Such action should be timely and must address all the problems flooding causes. For instance, floodwaters soil building materials and contents heavily, necessitating thorough cleaning. Extensive contamination, especially of porous materials, necessitates teardown, and rebuilding of some sections of the property. It takes various resources, including equipment and skills, to respond to such incidents. SERVPRO eases the process for Nampa homeowners by handling problems such as: